E-mobility: The moving batteries of the energy transition

Wind energy and e-mobility are highly debated topics in the context of the energy transition. The EU’s climate protection goals and the most recent plans to become independent from Russian gas, oil and coal by 2027 underline the necessity of promoting renewable energies in general. The use of fossil fuels for vehicles needs to be reduced. However, if electric vehicles were solely charged with power generated using fossil fuels, nothing would be gained. In order to have the desired climate-friendly effect, green electricity – electricity that is produced 100% from renewable energy resources – should be used to charge electric vehicles. Wind energy will play a substantial role in this. In turn, the batteries of electric vehicles could serve to counter effects stemming from the volatile generation of wind power depending on the varying wind speeds. In the following, we will show which aspects should be considered when linking wind power and e-mobility.

In Germany the construction of wind farms is highly controversial in rural areas. A lot of permits for wind farms are challenged in court by neighbouring residents. Thus, increasing local acceptance is of great importance for wind entrepreneurs and politicians. Often, the erection of charging points is on the according wish list of municipalities. However, in the example of Germany offering any measures that are not materially related to the permit procedure is difficult. Narrow limits are set in that regard by criminal law on corruption. Thereafter, one may not promise an advantage for an official act. Although Sec. 6 of the German Renewable Energy Sources Act does allow financial participation by municipalities, this only refers to payments and not to any other benefits. In this respect, community participation in wind turbines is very narrowly conceived.

Thus, if the project developer wants to combine the advantages of renewable energies and e-mobility, then it makes sense to offer an overall concept from the outset that covers both the installation of wind turbines and charging stations, so as not to create an inadmissible connection afterwards. 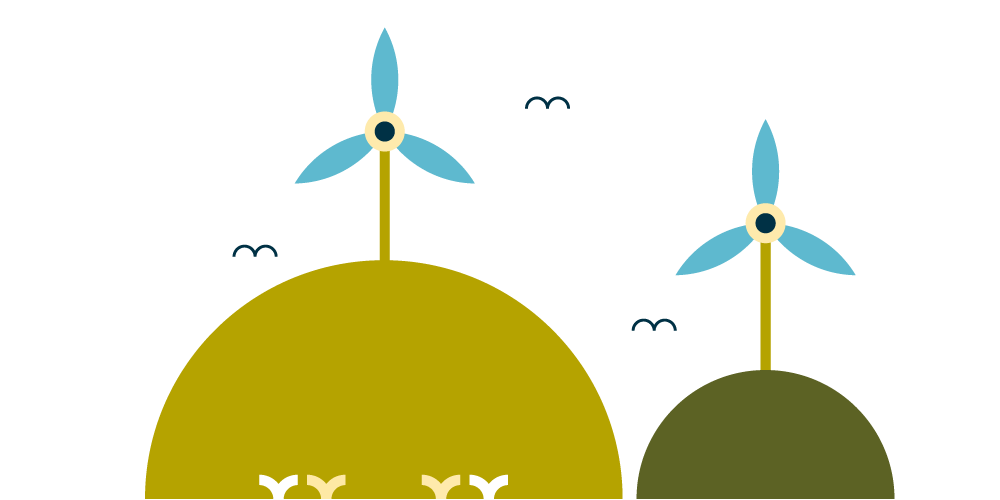 Wind projects and e-mobility can have a great outcome for municipalities – if the legislation takes them into account and they are planned together. © Osborne Clarke

To achieve the emission reduction goals, the power supplied to electric vehicles should be produced by renewable resources. Supplying the charge points with non-renewable electricity as available in the public grid would not be sustainable. It is worthy to note in this context, that public grants are oftentimes linked to the precondition that green electricity is used for the charging of the electric vehicles.

Where does the energy really come from?

There are different ways to source green energy to assure that it is really green energy: Guarantees of origin (GoO), PPAs or regional evidence register. © Osborne Clarke

Volatile energy generation from wind farms and electric vehicle charging are each a stress factor for electricity grids which are best solved together: Distribution grids are neither designed for the feed-in of volatile renewable electricity nor for the simultaneous charging of a (very) high number of electric vehicles. The load of two electric vehicles charged at home can sum up to the load of a usual four persons household. This demonstrates the challenges the distribution grid is facing by the shift to electric vehicles. The increasing share of volatile renewable energies is a challenge for grid operators leading to peaks and valleys in the energy production. 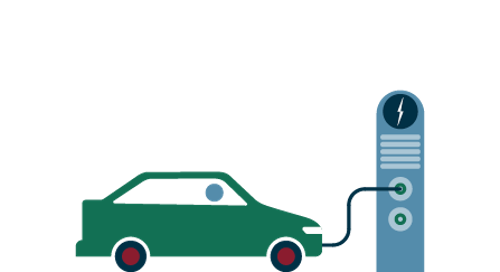 Electric vehicles can be “rolling batteries”: Loading at sunny/windy times, feeding the grid, when its necessary. © Osborne Clarke

In Germany, this communication unit is called smart meter gateway, which can be integrated into the electricity meter. This device would collect and coordinate all the information necessary for the smart charging process, such as the current load of the electricity grid, and forward it to the home energy management system. In this way, charging power, time and duration could be regulated individually for each car. It is worthy to note that grid-serving charging is subsidised in Germany by lower grid fees.

… and vehicles used as batteries in times of wind lulls.

Moreover, grid-serving charging could also be an answer to the storage problem of the strongly weather-dependent renewable energies. Electricity peaks could be “absorbed” by the batteries of the electric cars and feed out of the battery for consumption at a later point in time: In addition to using the stored electricity to move the vehicle itself, the stored electricity could be used to supply buildings during periods of low renewable energy production and, thus, high energy prices (“vehicle-to-home”). Furthermore, electric vehicles could also feed the electricity into the grid (“vehicle-to-grid”). Both use cases are also referred to as “bidirectional” charging which can help to master the energy transition. 10 million electric vehicles have 400 - 500 gigawatt hours of storage capacity. The smart integration of this potential of electric vehicles into grids will make an important contribution to “shave the peaks and fill the valleys” of the fluctuating electricity generation of renewable energies.  Electric vehicle charging and volatile energy generation taken as separate asset classes are deemed to pose issues for the grid stability. Viewed holistically, the assets could – at least in part – provide a solution to such issues.

If we think about the grid of the future, we should use the synergies that e-mobility and renewable energies offer. Challenges of one technic can be compensated by others. © Osborne Clarke

The potential is there, now we must realize it.

However, there still is some way to go towards a comprehensive market design and regulatory framework. This goes, in particular, for grid-serving charging and vehicle-to-grid solutions built also to the linking of regionally generated renewable electricity with local or regional offtake in charging points. Nonetheless, the companies Next Kraftwerke and Octopus Renewables are pioneers in the field described above. Next Kraftwerke pools electric vehicles to offer flexibility to the grid in the Netherlands. Octopus Renwables offers their customers in the UK lower electricity fees if they adapt their energy consumption to the production of renewable energy. In Germany, the great breakthrough of such business models highly depends on the rollout of smart meters which enable the control of the electric vehicles’ charging but there is a huge potential in the most populated and economical strongest state of the EU.