In Germany, according to the valid AVV ("German General Aviation Administration Regulation"), it is a statutory provision, with effect from 31st December 2022, to equip all wind turbines onshore, higher than 100 m, with a need-based obstruction lighting system to keep the state-subsidized remuneration (German EEG).

The intention is to switch on the obstruction lighting on wind turbines only in case of an aircraft entering the danger zone. In Germany, it is therefore necessary to detect and track aircrafts approaching the wind turbine to within 4 km at an altitude of up to 600 m at an early stage. Passive radar systems use eco-friendly and extremely precise passive radar technology for detection and tracking of aircrafts which is completely independent of the equipment of the respective flying object.

The Passive-Radar System is a Multi-Static Primary Surveillance Radar. These systems use the emissions of radio- television- and phone stations for the detection of flying objects without emitting their own signals. Powerful transmitters and networks of terrestrial digital television, digital radio or even mobile phones exist all over the world. Therefore, it is possible to use the Passive-Radar ADLS almost everywhere.

Many of these systems are currently operated for aviation and are very popular because of their high precision and security as well as exact detection and easy installation without emitting their own signals. Such systems can be adjusted to new requirements in parallel. It is therefore possible at any time to adjust the detection area of the system to meet future ICAO and EASA requirements for such ADLS systems. 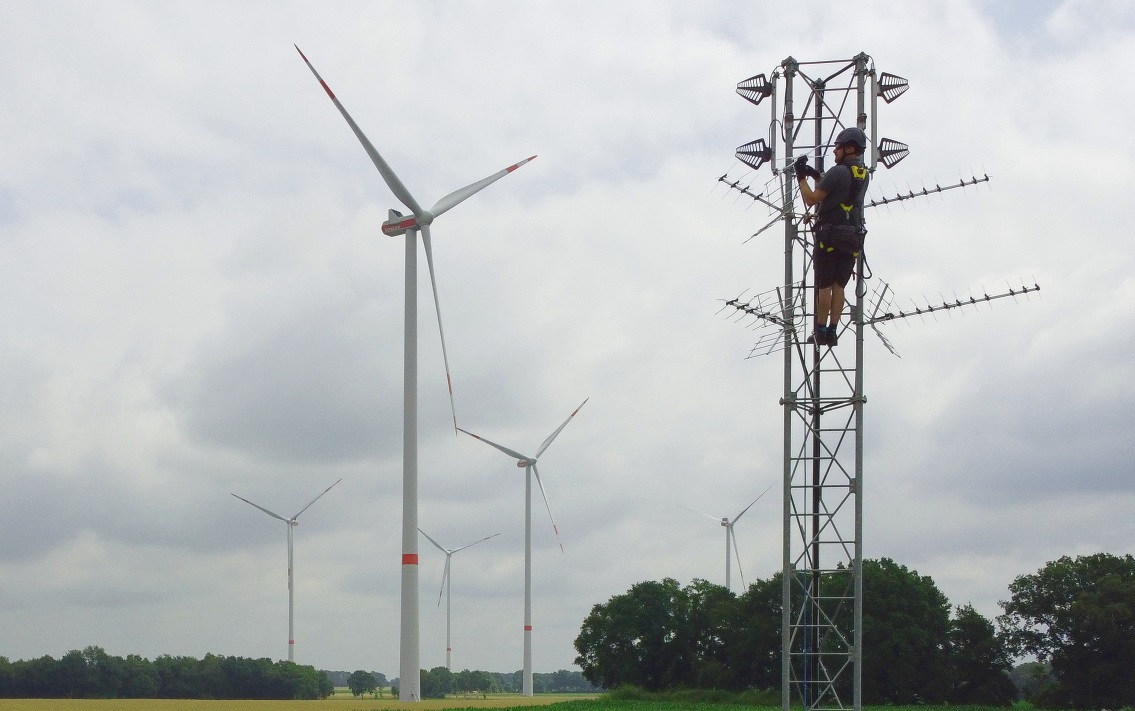 The auxiliary unit constantly queries the switching signal output and, if need be, restores immediately the power supply and the obstruction lighting system fully resumes its function. Some ADLS providers are able to offer you both, the ADLS system and the retrofitting measures for obstruction lightning.

Extension of the detection area: in Schleswig- Holstein, Lower Saxony and Mecklenburg-Western Pomerania, several systems have already been installed and/or are being dislocated. Concerning the dislocation, the procedure is necessary to calculate the distribution of the antenna systems and finally set up the entire detection area. As the coverage of the Passive-Radar ADLS is generally much larger than the wind farm area itself and few systems are needed to cover huge areas, neighbouring wind farms profit from this advantage easily or wind farms already equipped with compatible system can easily be extended at any time.

International focus by modular design of the system

A Passive-Radar based System can work worldwide onshore and offshore. Apart from its wellknown business fields in Germany, projects in Spain, Sweden and Austria are supported. Especially in the Offshore sector, the Passive-Radar ADLS can not only control obstruction lighting as needed but also provides safe monitoring of the airspace for the surveillance of flight operations at the windfarm. With these systems, helicopters can be flown over offshore wind farms more safely and efficiently in order to fly people to the deployment sites. "Passive radar can be used almost everywhere due to the use of emissions of radio-, television- and phone stations for the detection of flying objects – even at offshore sites. Therefore, it is as an efficient and easy ADLS to darken wind parks", explains Marvin Friedrichsen, managing director of Parasol.